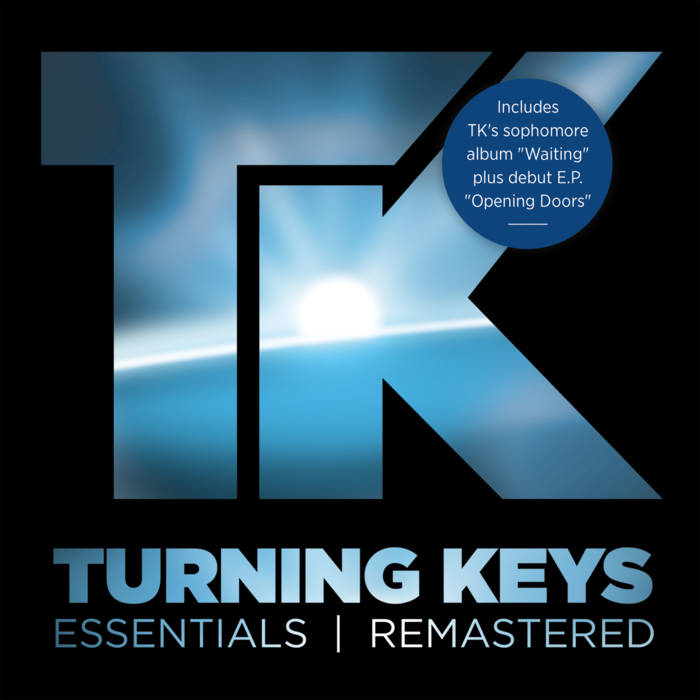 Turning Keys Essentials is 11 tracks never before available in a remastered digital format. This release features all the tracks from the 1992 Turning Keys sophomore album “Waiting” and the 1990 Turning Keys debut E.P. “Opening Doors."

Turning Keys received acclaim and popularity in the early 90s at a time when electronic music had gone underground. Despite an anti-electronic sentiment in the music industry, a dedicated fanbase in Southern California gathered in small clubs featuring an array of synth pop, industrial, and techno bands. Turning Keys rose up from this scene sponsoring several Synth Tours and playing for such acts as "A Flock of Seagulls," "Depeche Mode," and "Missing Persons".

Mean Street Magazine wrote, "The synth band is proud to wear its New Romantic-era influences on its sleeve. Elements of Depeche Mode an A Flock of Seagulls creep in a just the right moments." Another review boasted Turning Keys' music as featuring "synths galore, outstanding vocals, and amazing hooks. Not a weak track to be found!"

Eric’s writing and production reflect his signature catchy synth tracks with strong vocals and penetrating lyrics to challenge any listener and delight synth enthusiasts. Andrea’s haunting vocals often express the longing of our hearts while saturating the soul. ... more

Bandcamp Daily  your guide to the world of Bandcamp